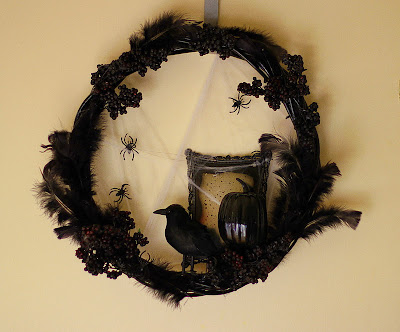 Last year I saw an all black Halloween wreath on a blog somewhere and immediately loved the idea.  So, this year --when I finally got around to making it!-- I picked up all the supplies I needed at Dollar Tree (except the spray paint) and came up with this!
Supplies needed: 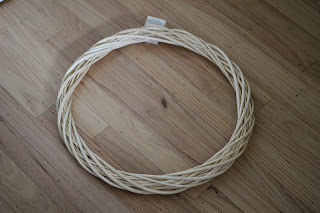 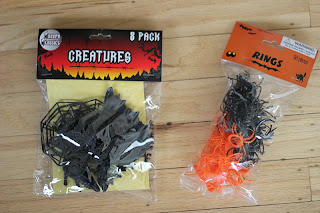 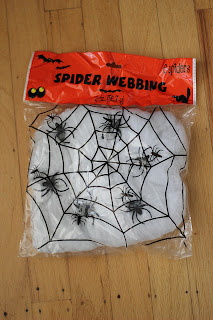 The spiders just stuck to the spider webbing in the back and didn’t even need to be glued. 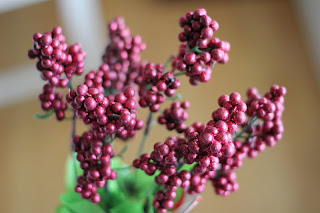 I bought the darkest colored berry branches I could find- which were these deep red colored ones.  When I sprayed them with black spray paint, though, the paint made them shrivel up.  At first I was frustrated, but after looking at it a little longer, on second glance, I decided that it just added to the creepy-factor. 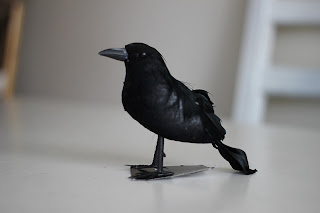 I put the whole thing together using primarily, hot glue.  The frame needed some thin wire to secure it to the wreath.  The raven came with wire attached to the bottom of the feet so that made it easy to secure as well. 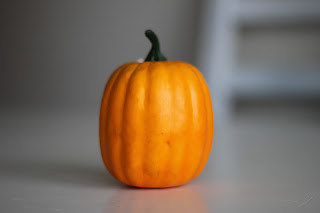 I had an old plastic silver mirror (not pictured) I had picked up at Dollar Tree for a different project, but when I was putting together this wreath, I decided that it would be perfect to balance out the center of the wreath.  I sprayed it black, of course, and purposefully splattered some paint in the middle of the mirror to give it that old look.  {ooh! And I almost forgot- I had some leftover black turkey feathers from a previous project that helped fill in the edges of the wreath as well.  I attached them with some hot glue, too.}
Happy Halloween!
﻿
Posted by Stacy at 11:58 PM 2 comments:

In an effort to get the kids a little more excited about dinner and to change things up a bit around here, we  had some little 'critters' for dinner.
My daughter, Natalie, received a kids' cook book as a birthday present from her grandparents.  We made a list last week of a few meals she wanted to try and used two of her recipes tonight.
The first 'critter' was just made using a simple buttermilk pancake batter- and shaped into faces in the pan.  Then we used nutella (to make the faces stick) and frozen berries for the eyes, nose, and mouth. 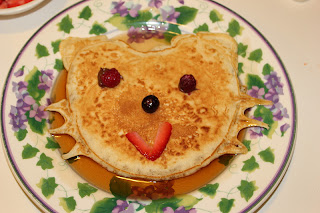 To make the second little critters (the hash brown faces), we used almost a full bag of frozen, shredded potatoes-slightly thawed, and mixed them with 2 eggs, 3/4 stick of butter, and some salt.  Wearing gloves, we rolled the mixture into balls, flattened onto greased baking sheets, and baked at 425 F until golden on the underside.  Then we flipped them over and baked until both sides were golden brown.  The faces were made with red peppers, radishes, and ketchup. 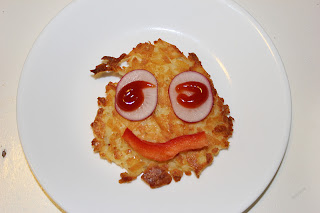 Our two boys were THRILLED to eat their dinner tonight and want Natalie to cook a lot more often.  I am much more encouraged to let them help a lot more in the kitchen-- especially after Natalie kept telling me that this was one of the best days of her entire life! It was truly quality one-on-one time in the kitchen.
Posted by Stacy at 9:13 PM No comments: 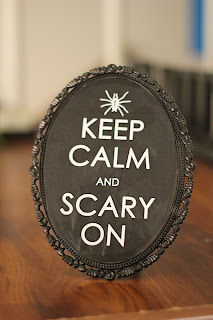 I found this printable saying last year HERE and thought it was awesome!
Unfortunately, I didn't actually get around to using it until this year.  I remembered it earlier today, so I printed it out , and instead of framing it like I had originally planned, I mod-podged it to this Dollar Tree mirror that I spray-painted black.
Now it resides on top of our entertainment center with some of our other Halloween decorations we unpacked this afternoon. I love a quick, easy, and festive craft!
Posted by Stacy at 9:24 PM 1 comment:

So, I LOVE thrift stores. LOVE LOVE LOVE them. I love the challenging of walking in the door, never knowing what you'll find and looking at something and trying to imagine what it could become.  Not that I'm amazing at it, I just like doing it.
I love Deseret Industries, specifically the one in Sacramento, but since we no longer live close, I make a point to stop by there if we ever happen to be in the area.   On a trip little while ago, I found all of these awesome different shaped glass jars, cups, etc. 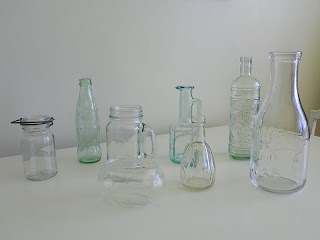 I love using them for a variety of different things.  I love using mason jars as drinking glasses, and caraffes and milk bottles for liquids. 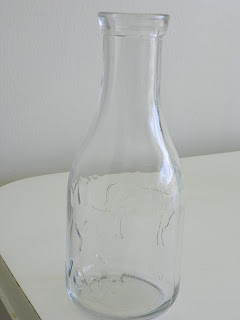 I love using anything other than a flower vase to put flowers in.  One of them is great for using for syrup, etc.
I even found two diffent salt and pepper shakers and put them together for a mismatched set that I love because it is unexpected and it only cost me $1. 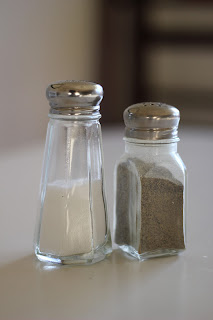 What do you use your glass jars/bottles for?
Posted by Stacy at 9:04 PM No comments:

I am Stacy, mother to 4 totally amazing children- two girls and two boys. We are adjusting to life in a new career, new state, and a new climate- but life couldn't be better! 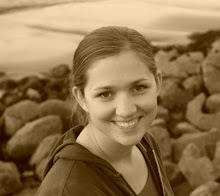